Why is it that the worst circle makers often make the harshest critics? We’ve seen this before with Matthew Williams. And as I noted in a previous post, the mates’ rates policy is alive and well at Crop Circle Wisdom, as can be demonstrated by their comments on the Chesterton Windmill circle. 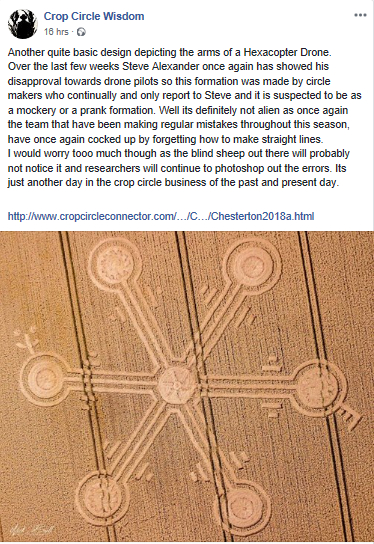 In truth, CCW have no idea where this circle came from, and their comments about makers and design and intentions are mere supposition, as is the assertion that they ‘only report to Steve’ (and if that were the case, how comes Nick Bull got there so quickly?).

There’s nothing wrong with the line-work in the Chesterton Windmill circle. It’s certainly straighter than the line-work in that crass ‘door’ for which CCW have nothing but praise because it was made by their mates, as the following picture by Nick Bull shows. 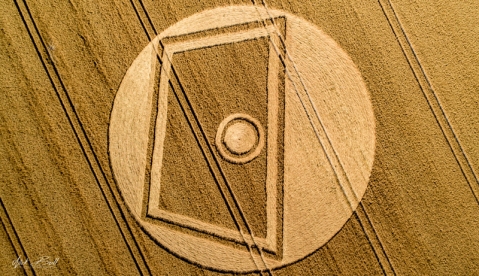 I don’t know why I let this stuff bug me. In future, whenever I see CCW criticising other people’s crop circles, I will have only a one word response. It’s ‘caterpillar’.